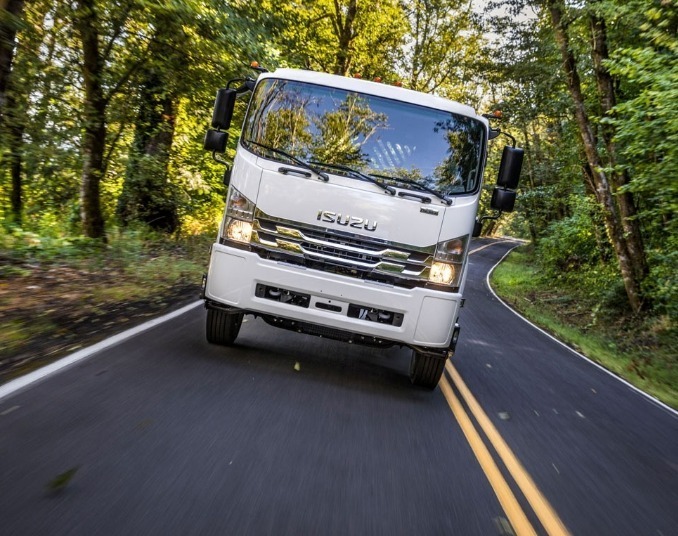 Isuzu Motors Limited is one of the world’s largest manufacturers of medium- and heavy-duty trucks.

Isuzu Motors Limited has sold over 26 million trucks worldwide. Among its innovations are the first air-cooled diesel engine in 1936, the first two-ton low-cab-forward truck in 1959, and
the first direct-injection diesel engine.

Review the Line-up of Isuzu Trucks.

Whether you want a gas engine or a diesel engine, we have Class 3-6 trucks for your business.

Review the Line-up of Isuzu Trucks.

Whether you want a gas engine or a diesel engine, we have Class 3-6 trucks for your business.

Isuzu Truck of America, Inc. was founded on March 21, 1984 and the first Isuzu truck arrived in
the United States in November of that year. The KS22 model had no tilt cab and was powered by
an 87-horsepower engine.

The KS22 was quickly embraced by American truck buyers who were looking for durability,
dependability and low cost of ownership in a medium-duty truck. In 1986, a little over a year after
its stateside launch, Isuzu became the best-selling low-cab-forward truck in the United States, a
position it has maintained ever since—an unprecedented 32 consecutive years.

Today, Isuzu trucks command 73% of the class 3-5 U.S. LCF truck market. The current Isuzu
lineup includes Class 3 through Class 5 N-Series trucks and the Class 6 FTR. Available
powerplants include diesel and gasoline choices as well as the first CNG- and LPG-capable engine
offered in an LCF truck.

Earlier this month, Isuzu announced that it would add two gasoline-powered Class 5 models in
mid-2020, further expanding the lineup.

“While we are celebrating Isuzu trucks’ first 35 years in the North American market, we’re really
looking forward,” said Shaun Skinner, president of Isuzu Commercial Truck of America and Isuzu
Commercial Truck of Canada. “The new NQR and NRR gasoline trucks coming next year
demonstrate that we are focused on the future, and providing quality, reliability, and low cost of
operation to the North American marketplace for another 35 years—and beyond.” 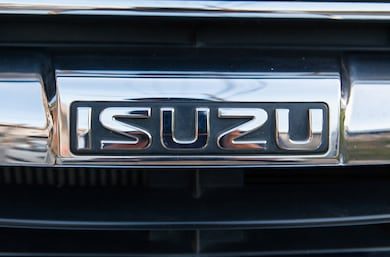 Home of Isuzu Commercial Vehicles. Low Cab Forward Trucks That Work As Hard As You Do.

Whether you need a landscaping, dump, refrigerated, or box van body, the 297-hp N-Series gas truck has a versatile chassis to accommodate these applications and more.

From street sweepers, to landscape dump trucks, to car carriers and the numerous refrigerated and dry van bodies, Isuzu N-Series has a diesel truck to fit your needs.